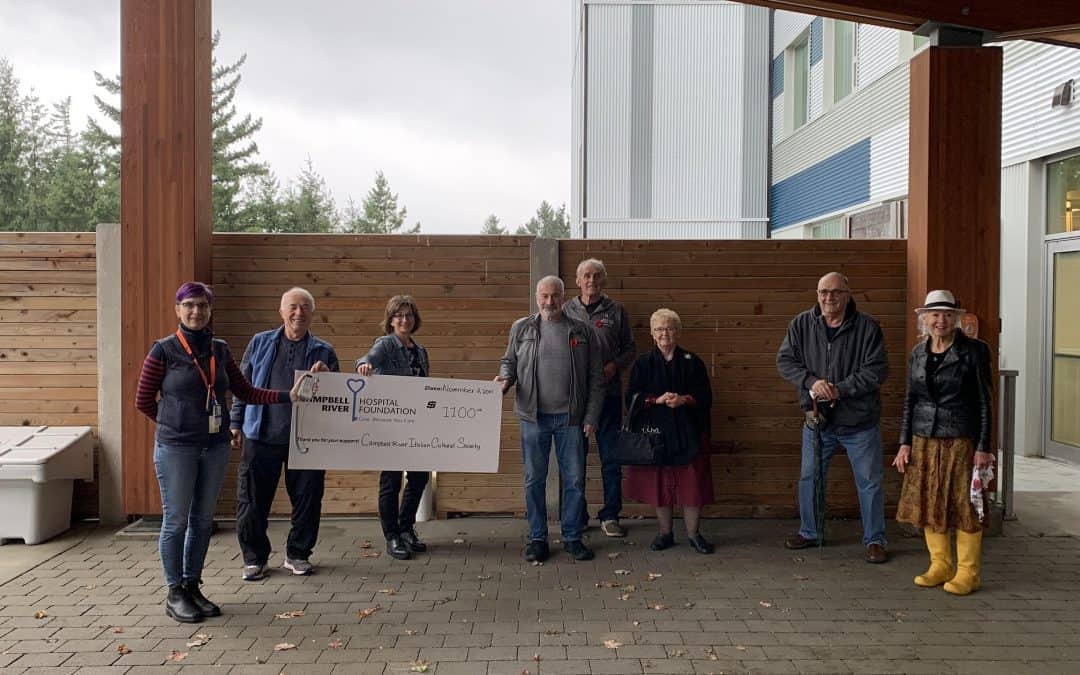 The Campbell River Italian Cultural Society visited Campbell River Hospital to support the purchase of a second fetal Doppler for the Maternity Department.
A fetal Doppler is a test that uses sound waves to check the baby’s heartbeat. The probe or wand sends out ultrasound waves into the area it is placed over. These waves are then reflected from the moving object; the fetal heart. The frequency changes, the Doppler notices this change and transforms it into a sound.
The club raised these funds through two events that were a variation of their Annual Italian Picnic at Miracle Beach. The first was a take-out version of their picnic, with approximately 300 tickets sold and their spaghetti and sausage meals picked up at Miracle Beach Provincial Park; the second was a drive through around the Labour Hall in Campbell River with 125 meals served – in less than one hour!
Thank you to the Italian Cultural Society for their creativity with this event, and for their continued support of the Hospital Foundation.
Photo L-R: Susi Shelswell (Clinical Coordinator,Maternity), Tony Fantillo, Stacey Marsh (CRHF), Gio Alberti ( Club President), Franco Panziera, Louise Belin, Gino Panziera and Linda Wrightson 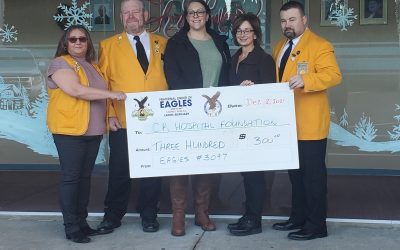 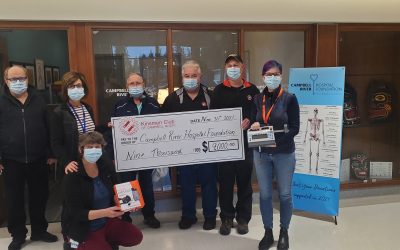 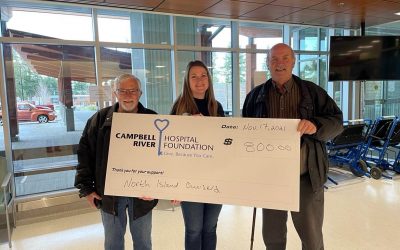